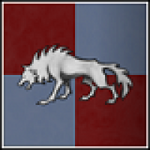 hiya!
Thanks for your edits related with the LU52 Spell renames. We try to keep the old and new spells together and when ever a spell related page get's created it get's my attention ;). If you need help with the rename of pages please place {{rename|new name}} on top of the page and we will take care that the page get's moved to the new name.
For example:

Hiya!
I updated both Templates of the Adorninformation, the new template is Template:AdornInformation2 and the talk page. --

I tried to figure out what it would be considered, and eventually decided that since you actually ZONE into it, that it was a Zone. Similar to Solusek's Eye, where you zone in from Lavastorm, you zone into Dartain's Fortress from The Hole. AndonSage 19:33, March 30, 2010 (UTC)

Alrighty, you guys are in charge :) I did spend about 15 minutes trying to decide how to classify it, and almost asked Chillispike, but then decided it must be classified a Zone since you have to click on the door to get in. AndonSage 21:07, March 30, 2010 (UTC)

Vraeth is correct. You click a door to get into there, but all the door is teleport you to a different region of the same zone -- there's no zoning screen, and if you do a /who you'll notice you're still in the Hole. There's lots of things in-game that port you to someplace without actually changing zones. Some of them even give you a zoning screen (which is basically you zoning back into a different place in the same zone) --lordebon 21:22, March 30, 2010 (UTC)

No worries, the first few times I was in the Hole I thought it was a separate zone as well hehe, went back in solo one day and clicked it only to find out it just took you to another part of the zone =) --lordebon 21:30, March 30, 2010 (UTC)

Better that the information got into the wiki at all than NOT at all. Thanks for adding it, even if we ended up making a change. And keep up the good work!--Kodia 01:14, March 31, 2010 (UTC)

Good morning. You left a rename tag on File:Earring_Icon_42_(Treasured).png asking it be renamed to _64_ instead. What will take the place of 42? If this gets moved for 64 then there's a gap. Also, when asking for renames or deletions from an admin, could you be more descriptive about the reasoning please? It helps us not have to go searching for more info. Just a little more will do. Essays aren't required. :)--Kodia 10:38, April 30, 2010 (UTC)

Yep... conventions with icons are sort of tricky. 42 is a silver colored earring, while 64 is the gold color that matches the icon in question. I've moved the icon to the new name, however Kodia does have a point that a reason should be given with the new name; in this case, just mentioning that it should be moved to match the color would have been fine =) --lordebon 19:20, April 30, 2010 (UTC)

Ya, but does the rename template use a second parameter for the reason? Or is it part of the first parameter? Or does that get put it in as a comment? AndonSage 22:22, April 30, 2010 (UTC)

It is not "caster" Edit

From what that page looks like, "caster" refers to either Mage or Priest on that page, which are two archetypes (Mage and Priest are archetypes, not classes) that are normally considered casters of spells (Scouts and Fighters are not really 'casters' either in common parlance or in practice anymore, since they normally use Combat Arts). However, in any case what should be listed is not a semi-ambiguous term like "Caster" but rather "Mage" or another archetype, or Mage & Priest if it's a choice for both. --lordebon 22:47, May 13, 2010 (UTC)

Sorry, the "caster" parlance is from way back, and is used to indicate Intelligence-using cloth armor-wearing magic-casting squishie classes :) If one says "caster" in EQ2 chat, 99% of the people would know it's referring to Mages. However, you are correct in that "caster" is not an official class, and I should have used "Mage." I will endeavor to use the term "Mage" in the future. AndonSage 00:42, May 14, 2010 (UTC)

Retrieved from "https://eq2.fandom.com/wiki/User_talk:AndonSage?oldid=476028"
Community content is available under CC-BY-SA unless otherwise noted.