For a complete listing of articles relating to this Live Update, see Category:Altar of Malice 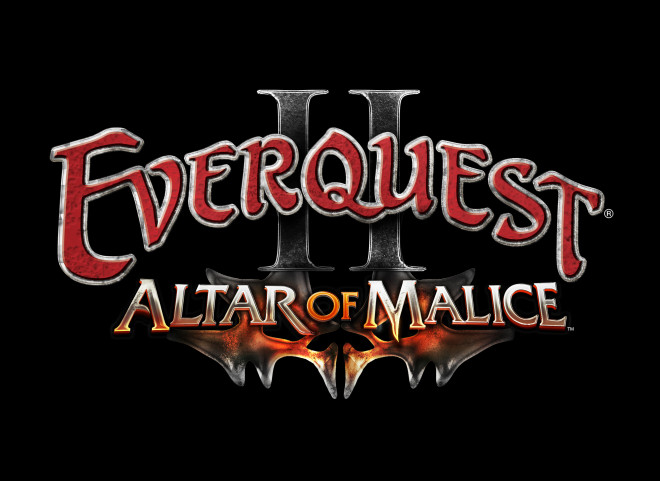 In the service of the monarchs, the bravest adventurers will journey across the mysteriousShatteredSeasto face prehistoric deinodons, petite-yet-perilous pygmies, bone-armored lizard men, salty pirates, and other new, unseen creatures. And while there are dangers on the waters, beware the grotesque, thickening plot hidden deep in the Kithicor Woods. It’s so malicious it could make even the undead’s skin crawl…

Once the unwilling soldiers of the great Prismatic Dragon, Kerafyrm, the Aerakyn are now free from his thrall. Unable to return to their homelands, they seek to re-establish their culture on Norrath. Having been used as shock troops by Kerafyrm throughout the Age's End they are looked upon with suspicion by most Norrathians, but the Aerakyn are determined to prove their worth. They are a neutral race of seasoned warriors who may choose to align with Qeynos orFreeport.

Aerakyn options are available for purchase at the Character Select screen through the “Shop Now” button, during character creation, and through the in-game Marketplace. The Aerakyn purchase options are located under the “Prestige Races” category in our marketplace.

Equipment Sets are a new feature intended to simplify equipment management and remove the need for clunky equipment swapping macros.

Items that are a part of an equipment set will display tooltip information indicating such and also have a background color to help prevent accidental obliteration.

A new feature, Spell Filtering, has been added. It can be found in the Options tab of the Persona window under the new Advanced Options section. By enabling this option, players will see a new option in the context menu when right-clicking a spell effect in the spell effects window: Hide Effect.

Hiding an effect will exclude it from being sent down to the client, because after a few years of hearing your Bard sing the same ol' tune, you probably don't *really* need to know if they're running their crit chance buff anymore as long as they’re getting those nice Victorious Concertos. Hidden effects will also be filtered from the maintained window, though any spell with a concentration cost will still appear, and hidden effects still appear in the target window. Furthermore, hidden effects do not count against the 45 max player effect icon limit or 30 max maintained icon limit.

Hidden effects can be managed by using the /hidden_effects command.

Bartholomew Benson in Qeynos now has a voice more fitting his age.

You can now access the Precipice of Power via the Arena of the Gods entrance within Freeport and Qeynos. This is where new Altar of Malice Avatars can be summoned.

Frigid Gift and Frostsword now work with all types of damage.

Evade will now make the scout immune to riposte damage for 3 seconds.

Maruader's Vaunt has been added to swashbucklers at level 96.

Retrieved from "https://eq2.fandom.com/wiki/Update:69?oldid=708988"
Community content is available under CC-BY-SA unless otherwise noted.