The zone is patrolled by a dragon named Viskudra. If Viskudra is in the area, she casts an uncurable curse that forces players in the air to land. Players without float or safe fall may take heavy or even lethal damage when falling out of the sky. Players can earn the ability to fly without worrying about being grounded in one of two ways. The first is to complete the quest The Call Home, which disables the curse. The other is to complete the tradeskill quest Totemic Reinforcement - completing this quest rewards a cloak, Shroud of Hidden Harvests, which makes players immune to the curse while it is equipped.

The Withered Lands is shaped roughly like a backwards S lying on its side. Adventurers arrive in the zone at the New Combine Foothold in the far east, and travel westwards. The path is linear, with a few extra areas off to the sides. The corrupted forests occupy three sections of the zone. This is followed by the barren canyon called Holgresh Pass. Holgresh Pass ends in a swamp called the Tears of Tunare. The Village of Alivan is south of the swamp.

Flying above the trees in this zone can be dangerous. See the description above for the quests to make travel safer in this zone.

There are horse stations at various places in the zone. Each individual horse must be clicked on before that station can be traveled to. 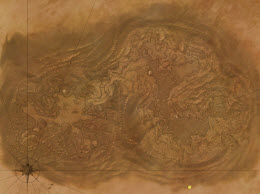 Retrieved from "https://eq2.fandom.com/wiki/The_Withered_Lands?oldid=871578"
Community content is available under CC-BY-SA unless otherwise noted.