The first zone adventurers will encounter in Sentinel's Fate, it is designed for adventurers level 80-85. There are over 150 new quests to do while exploring this rich and beautiful zone. Odus has a long, colorful history. The Erudites from the City of Erudin and the City of Paineel were at odds long before the breaking. Add to that the Kejak and the mysterious Hua Mein, long thought to be extinct.

. Unlike the Kylong Plains and Greater Faydark Combine Spires, there is a teleportation nexus at the center of this spire that connects to any of the Ulteran Spires in Norrath.

A flying disc can take you from any Launch Pad to any other Launch Pad.

The City of Paineel has a teleportation network in-place that allows you to access parts of the city that are difficult or impossible to get to on foot. This network is centered around one teleporter in Paineel that connects to all of the others, rightclick to select, the default is the Launchpad. Each other teleporter can only be used to go to this central teleporter. 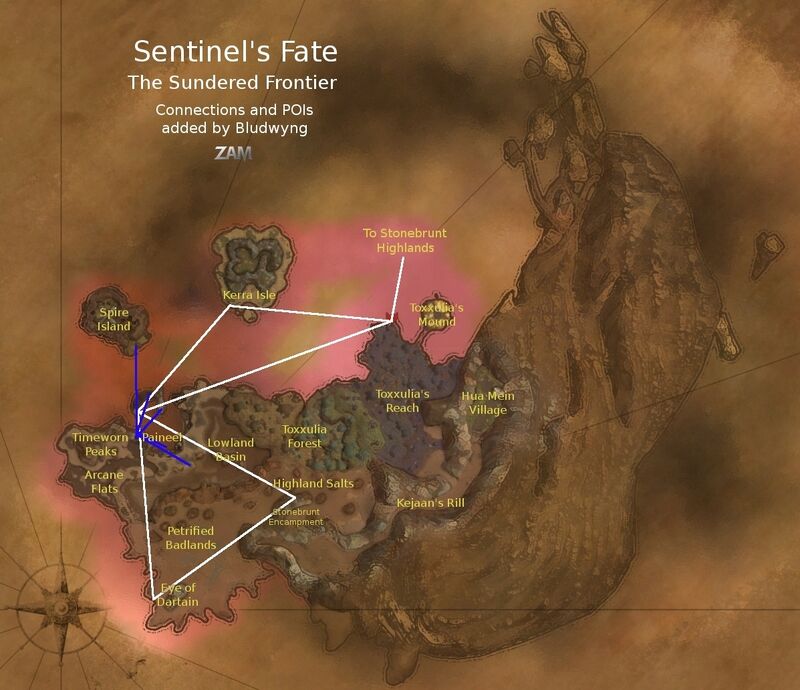 Lair of the Dragon Queen: Level 90 x4 raid accessed from the yellow structure east of the Toxxulia Forest Launch Pad.

Ra'di, a Faction Merchant vendor in Caves of the Great Tiger Spirit inside, all the way in the back room.

Items that give an entirely new form Hua Mein Panda.