The Serpent Sewer is the second of the three sewer zones underneath Freeport. It is a maze of interconnected rooms that owes its name more to confusing twists and turns than to its sparse snake population. Adventurers seeking the treacherous Edgewater Drains, or low-level risk-takers that stumble in from The Sprawl or The Thieves' Way meet great peril at the "hands" of The Serpent Sewer's neglected inhabitants. 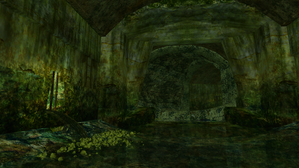 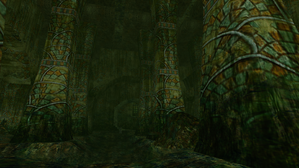 The Serpent Sewer
Add a photo to this gallery
Retrieved from "https://eq2.fandom.com/wiki/The_Serpent_Sewer?oldid=1050660"
Community content is available under CC-BY-SA unless otherwise noted.