EverQuest 2 Wiki
Register
Don't have an account?
Sign In
Advertisement
in: Audit requests, Zones, Terrors of Thalumbra Zones,
and 3 more

To access Thalumbra, players must work their way through the quest Underdepths Saga: Into Darkness. Access to Thalumbra becomes available at a certain point in that quest.

In the Age of Monuments, Maldura was an underground citadel in the subtunaria, a stopping point and the biggest city in an underground trade route between the mines of Moradhim (a mine just north of the Plains of Karana) and Kaladim. Be careful, there are many dangerous things in subtunaria and the influence from the Plane of Underfoot is strong in the depths underneath the Shattered Lands! -- So Sayeth The Duality 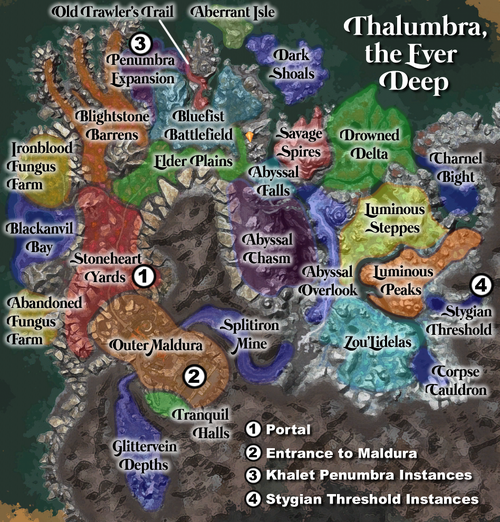 Alternative Map of Thalumbra, the Ever Deep 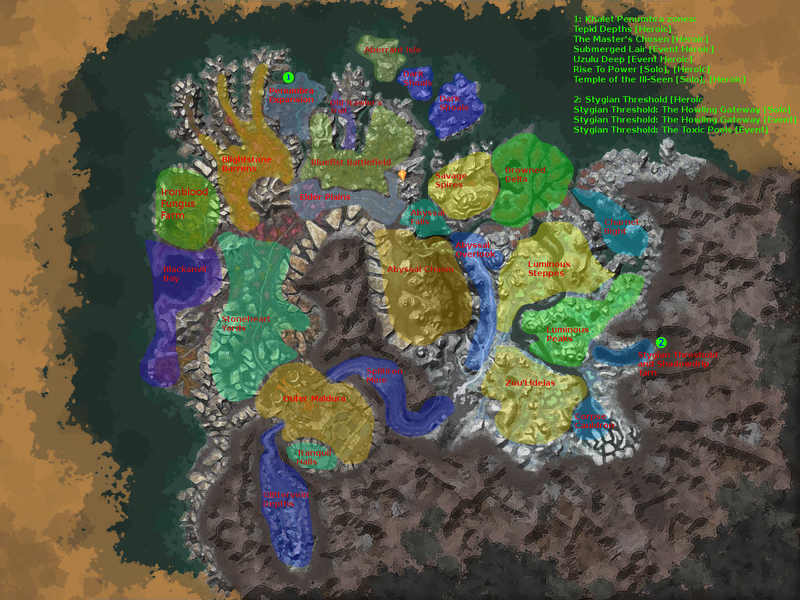 Special thanks to Amaitae, who allowed us to use her map as a basis for this one.