Edit
watch 02:17
New Pokemon Games - The Loop
Do you like this video?
Play Sound

Through this timeline you will uncover the secrets of the the Fellowship of the Peacock, worshipers of Anashti Sul, and delve deep into the lore of the Desert of Ro. It is a long line of quests that will have hopping between Maj'Dul, the Sinking Sands, Living Tombs, Silent City, and the Pillars of Flame. Most of the quests are soloable, although the later ones have some heroic steps. This is a recommended quest series for soloers at levels 45-55, as it's one of the only solo timelines that takes you deep inside a dungeon. Ultimately, the Peacock Club timeline will result in an epic raid in the Fountain of Life, which rewards you with your Prismatic 2.0.

This timeline runs in parallel with the quests in the Ahket Aken Timeline, and the two should be accomplished together for a complete lore experience. 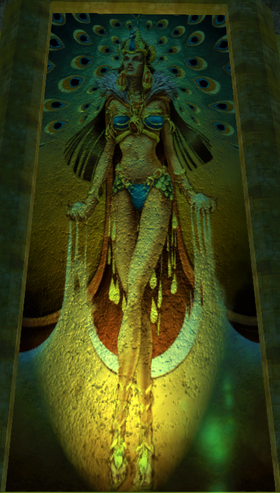