The Moors of Ykesha covers the areas of Norrath previously known as the Rathe Mountains, Innothule Swamp and Brokenskull Rock. While other parts of Norrath saw land swallowed up by the oceans during The Shattering, in the Moors of Ykesha the land was upthrust and now stands impossibly high above the ocean waves. Upon these lofty plateaus the great swamp still exists, as do the towns and splintered factions of the trolls and frogloks. This volatile land has also been invaded by minions of the Void, the shadowpeople and their kin, who have nefarious plans for the entire planet.

Firmroot Moot is one of three outposts staffed by the organization that calls themselves the Survival Accord. This alliance represents members from both Grobb and Tupta who believe it's more important to ally together and fight against the Brokenskull, the Ykeshans, and the Thullosians than it is to maintain historical enmities.

Captain Lip Marrsquire works closely with Shaman Skullcleave to lead the organization in their task. Not long ago they were unceremoniously joined by a third party, the crew of the Skystrider, which crashed into the side of Firmroot Moot, to the great embarrassment of Captain Cogglespot and the expedition leader, who they only refer to as "the Great Morsley". Nobody has yet been willing to tell me what is great about him.

Some of the gnomish tinkers have constructed an innovative contraption to transport people around the Moors. They are testing one now which so far can fly a single passenger from the Firmroot Moot up to the overhanging cliff above, where there is a cave of boarfiends they've been investigating. Sissili and her ratonga assistant Pirdy pressed me to try it, but while it seems to carry the weight of a gnome safely, I am not sure about an ogre's bulk. I prefer to use more traditional methods of transport.

- Excerpts from Notes on the Survival Accord, by Mug

The Shattering has left the Moors of Ykesha thrust up high above the surrounding ocean, in a series of isolated plateaus. Travel between the plateaus cannot be done on foot. It is necessary to use the travel services listed below to move between the major regions of the zone.

This zone is connected to the rest of Norrath by an airship that runs between Dropship Landing Zone and The Sinking Sands.

NOTE: The cannon used to travel between the Dropship Landing Zone and U.J.L. 1.0 may not be used while mounted.

Balloon Pads are the quick way around the Moors of Ykesha. You'll need to "discover" them before you can use them. However, to get from the [[Dropship Landing Zone to the other islands, you must launch yourself through a cannon found at the closest point to U.J.L. 1.0. The quest Ship Out is handy for this! Balloons pads are located at the following locations:

In addition, Sokokar posts are found throughout the zone. 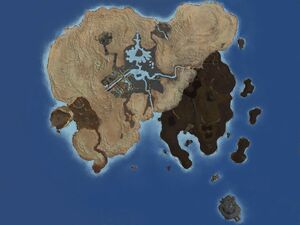 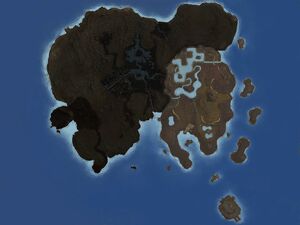 See the Moors of Ykesha Timeline.

Français
Community content is available under CC-BY-SA unless otherwise noted.