Before the Age of Cataclysms, a gnomish construct came to Kaladim, city of the Dwarves, with an image of The Vaults of Serilis, a temple built by Brell Serilis himself in the deepest reaches of Norrath. Most dwarves, including the army, left Kaladim on a pilgrimage to find the Vaults, leaving behind only civilians.

When the Cataclysm struck, Kaladim suffered a severe cave-in, trapping many dwarves inside. The dwarves that had been outside mounted a rescue expedition, aided by the trapped dwarves working from the inside at first. Before the cave-in was cleared, all sounds from within Kaladim had ceased. Finally breaking in, the dwarves had found that the Cataclysm had not only caused the cave-in, but opened a path for the Horde of Serilis to leave the Underfoot and invade Norrath. The Horde of Serilis slaughtered the dwarves remaining in Kaladim and set it up as their new home.

With the Stormguard still in search of the Vaults of Serilis, King Stormhammer recalled the Irontoe Brigade. They now camp in the Butcherblock Mountains, planning to build an army and take their home back from the Horde.

Kaladim was revamped with the release of Sentinel's Fate to be a 30s dungeon. It was formerly a 60s dungeon. 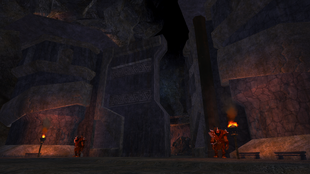 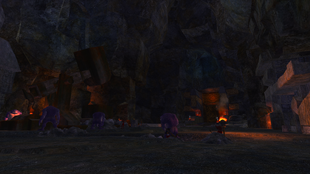 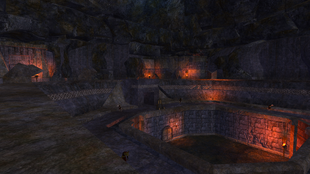 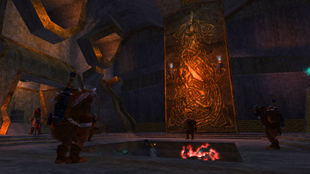 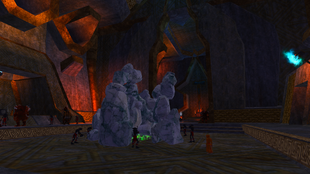 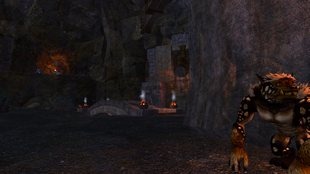 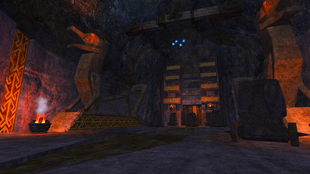 Add a photo to this gallery
Retrieved from "https://eq2.fandom.com/wiki/Kaladim?oldid=1028389"
Community content is available under CC-BY-SA unless otherwise noted.