"For the entire operation?" Even as Ashargru spoke, his greedy mind calculated the profit he could make. The buyers seemed impatient, though not desperate. Not yet, anyway. He had put them off for a week, but they had returned and were much more insistent. Ashargru named a figure 35 percent above the current market value of the mine. If they declined to pay that much, he could accept less and still come out ahead.

"Done. Coins will be delivered directly to bank. You would not carry so much; is very heavy."

Grunting, Ashargru said, "I will take a partial payment now, if you don't mind. This mine is my only source of income; I cannot risk total loss on the words of a rat."

The buyer's red eyes narrowed, but he said nothing to Ashargru. As he affixed dark spectacles to the bridge of his nose, the buyer gave instructions to his assistants to make sure that a partial payment found its way into seller's paws within the hour.

Even a partial payment would be sufficient, thought Ashargru. The mines had never been profitable through the many long seasons he had owned them. Once, these mines had easily produced a fine copper ore that was used in weaponry as well as decorative pieces. Now, tunnels had to be dug deeper and deeper to reach the grey-green outcroppings of such rock. It cost more to locate the copper than the copper made on the open market. Ashargru feared ruin if he could not find a way to unload the mine, sooner rather than later.

Only two weeks ago, a handful of little white rat-folk appeared, asking questions about the soil, the conditions and the mine's depth. He'd seen ratonga before, but not little rats like these. They reminded him of stories of rat-folk that had lived in Norrath long before ratonga first appeared. Stories he had not heard or thought of since he was a child.

Whatever they were, the main thing was that they were willing to pay for the mine. Ashargru could retire and need never set foot below ground again. The rat-folk whispered excitedly amongst themselves, scurrying to and fro. Whatever else they might be, most of them were excitable and edgy. Every so often, they stopped running around to gawk at their surroundings as though overwhelmed.

"Don't you like mining?" Ashargru asked one that paused nearby. "I thought you rat-folk hated going above ground?"

The little white rat jumped nervously and skittered sideways before responding. "Yes, yes, we do not like it outside. The mine is very big, though. Much ground to uncover."

Another white rat paused beside them, rapidly combing its whiskers. "It must be found before the wing…"

Immediately the first white rat began chittering excitedly, drowning out the comments of the second rat. Ashargru frowned. "The wing? The wing of what?"

"Is nothing," said the first rat, clearing its throat and aiming a kick at his comrade. "He means the Wheel. Always searching for the Wheel, we are."

Grumbling, Ashargru pulled on his scuffed leather overcoat. "Bah!" he growled, "I'll be glad enough to see the last of this place, wheels or wings or not. Where's my payment?"

"It is here," hissed a voice so dry that Ashargru's spine charged with electricity. He turned slowly to see a dark shape looming over him, much taller and broader than the little white rats. In fact, he realized suddenly that the rats had scampered off and he was alone now with whatever the mine's darkness held.

As he turned to flee, he felt its jagged claws raking through him, stripping away his greed, his fear and his life. Mysteries in the Mines 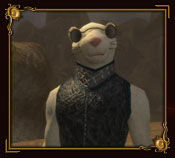 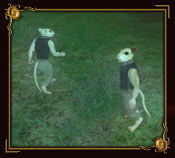 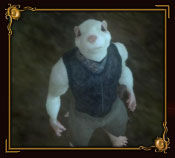 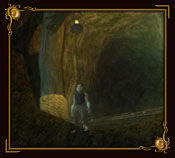 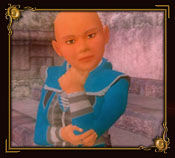 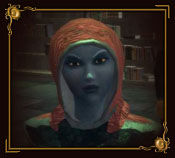 Retrieved from "https://eq2.fandom.com/wiki/Investing_in_the_Future?oldid=40100"
Community content is available under CC-BY-SA unless otherwise noted.