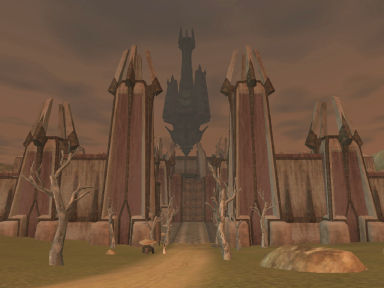 Current theories suggest that Freeport was founded on the remnants of a small Tier'Dal outpost at one end of the continent of Old Antonica. That outpost supposedly grew in size enough to become a small village named Weille. According to those same theories, Weille eventually came to be called Landing after Aataltaal encouraged it to grow and prosper. It was likely not until the Age of Turmoil that the city began to be known as Freeport.

The city is made up of a number of "villages" where various different races live; Big Bend, where Ogres and Trolls reside; Stonestair Byway, where you can find Erudites and Kerrans; Temple Street, littered with Gnomes and Ratonga; Beggar's Court is where Humans and Half Elves live; Longshadow Alley where only Dark Elves live; and finally, Scale Yard for Barbarians and Iksar.

With the 2012 Revamp of Freeport, the following villages no longer have player housing. The starter homes once found in these villages have been moved to The Jade Tiger's Den in North Freeport. The villages are now incorporated into new quest lines for the City of Freeport and can only be entered after getting quests related to each village.