For the sake of clarity in this article, the term "inventory-only version" refers to the Goblin Territory Markers obtained through combat, which is a No-Trade item. The term "visible markers" or "statues" refers to the tradeskill quest version which can be seen in the world as tiny statues that must be clicked on to collect them while working on the Kunark ascending Tradeskill Timeline.

There is one way to start this language quest and two ways to complete it.

No matter which method you chose, you must kill goblins (at any level) until at least one drops the inventory-only version of the Goblin Territory Marker, which looks like a sheet of paper in your inventory. This is a No-Trade random drop, not a typical looted item. Examining it will start the quest, Claiming the Goblish Tongue, which can be completed either through combat-only or by locating markers found in only in Twark for the those working on the Kunark Acsending Trade skill Timeline.

This quest is necessary before you can speak to Glibnox while completing the Kunark Ascending (Tradeskill Epic 2.0) series.

In order to use this method, you must still locate and examine at least one inventory-only version of the Goblin Territory Marker, obtained by combat in any zone in which they are dropped by goblins.

The inventory-only version of the Goblin Territory Marker can be obtained even by killing "gray con" low level goblins in a zone like Butcherblock (e.g. An aqua goblin). The first No-Trade inventory-only marker will appear as a sheet of paper automatically dropped in your inventory and you must R click it and examine it to start the quest.

Because of their proximity to groups of goblins, this will work once you have completed the Losers, Weepers quest which improves your faction enough for the local goblins to tolerate your presence. You can only collect the markers if you have started the Claiming the Goblish Tongue quest. 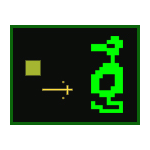