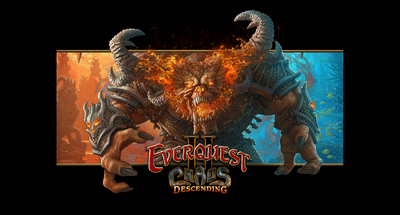 All mobs have a potency mitigation, that means they "ignore" at roughly 40.000 potency. T1 Heroic mitigate roughly 50k potency and T2 Heroics mitigate roughly 60k potency.
Means there is a "huge" boost in your dps when you get from 50k to 55k potency in T1 heroic zones => it roughly doubles your dps.

Chaos Descending heroic and raid boss encounter Resolve values are shown below. The non-named encounters will have 10 less resolve then the bosses. For every point that you under this minimum Resolve value, you take more damage and your DPS decreases by 1%.
Note: As of the March 25, 2019 update, Resolve requirements for Chaos Descending content were lowered. Information about the old Resolve requirements has been moved to the Talk page. The new requirements were posted by Caith in Discord.

Gearing Up To Meet Resolve Requirements[]

from the beta forum

These zones will be included in Chaos Descending at launch:

The Prelude quests can be done till the Expansion goes live! They reward with an ancient spell of your choice!