Ethurien silently touched the rim of the vessel. How could something so simple have eluded them all these years? He felt awe-struck and humbled that he should be the one to unlock the secret after so long.

"You are quiet," Heilanna said, coming to sit beside Ethurien beside the hearth. "What troubles you?"

"This matter of binding," Ethurien said. "For so many years, ever since the powers behind spells of translocation were diminished, we have struggled. Even the simplest of tasks, to connect oneself directly to one's homeland, was lost. And now…"

Standing, Ethurien turned the vessel over and over in his hands. He touched the glyphs on its surface, his brow furrowed with concentration. "And now," he continued, "the secret of remaking one's binding location will be revealed."

"Have you tested this?" Heilanna asked, folding her arms. "It is not that I do not believe you, but it seems too fast. You have only recently begun to delve into these mysteries."

"I have tested it," Ethurien replied quickly, though a note of concern crept into his voice. "And though I have learned how to make this happen, I am still unsure why it is happening. Why now? Is there something else at work that makes this possible? I am not one to question the gift of knowledge, but yes, I admit this troubles me a little."

The Erudite held the small engraved bowl aloft for a moment, raising it in silent prayer to the cardinal directions. Heilanna followed him as he left his home near Qeynos.

Not far outside the city's gates, Ethurien stopped. He knelt and took a fistful of loose soil from the roadside and placed it into the vessel.

Though obscured by Ethurien's hands, the glow of a mystical glyph on the vessel traced the outlines of his fingers. Almost as quickly as it began, the glow dissipated and the vessel shattered into dust.

Smiling, Ethurien began a low chant. With a crackle of energy, the air around him swirled radiantly. Ethurien disappeared. Heilanna turned immediately and headed toward his home, half-afraid of what she might find. If he had not tested this thoroughly, who knows where he might transfer to…inside a wall, or high above the ground only to plummet to his death. As she breathlessly entered Starcrest Commune, she noticed a crowd forming outside the inn.

And in its center, assuming a modest demeanor, stood Ethurien, who had unlocked one of the many arcane secrets of the past. 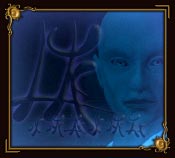 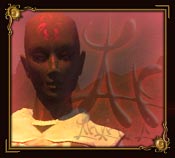 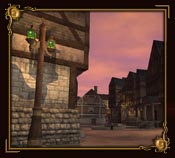 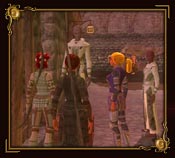 Retrieved from "https://eq2.fandom.com/wiki/All_the_Right_Elements?oldid=40099"
Community content is available under CC-BY-SA unless otherwise noted.